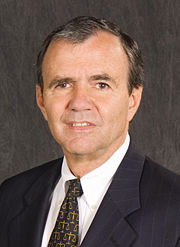 Bashinsky earned his undergraduate degree in business administration at the University of Alabama in 1969 and then completed his Juris Doctorate at Samford University's Cumberland School of Law in 1978 and was admitted to the Alabama State Bar. He earned a Master of Taxation degree at the University of Florida in 1979 and in 2005 completed the requirements to be a certified financial planner.

Bashinsky was last seen alive at 2:00 PM on Wednesday March 3, 2010. He left his office in the Luckie Building with the lights and a television on. When he didn't come home that evening his wife found his office in that state and reported him missing. The investigation was headed by the Mountain Brook Police Department.

His daughter found his 2010 Camry parked on the 2100 block of 11th Court South while distributing flyers. A copy of a defamatory letter sent anonymously to Golden Enterprises and to members of the family was in his car. The letter described the Bashinskys as "vampires," who collected millions in dividends at the expense of employees. Though the family is no longer involved in running the company, Joann Bashinsky, Major's stepmother, controls SYB Inc., an investment company which is the largest single stockholder.

Bashinsky's body was found on Monday, March 15 in a pond at the Highland Park Golf Course. He was found floating, fully clothed with his wallet nearby. Additional evidence was subsequently recovered from the pond. The coroner's investigation concluded that Bashinsky had killed himself while attempting to give the impression that he had been murdered.

Bashinsky was survived by his second wife, Leslie, and four children.