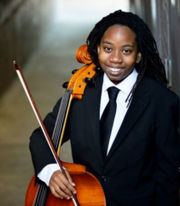 Malik was raised and home-schooled by his grandmother. He began speaking in complete sentences when he was eight months old and reading stories when he was two. He has distinguished himself as a competitive swimmer, public speaker and musical prodigy. He frequently gives talks to children on the importance of reading and, in 2009, addressed residents at the UAB School of Medicine on the topic of "How to Speak in Public."

Kofi has also been interested in volunteerism and politics. He has been involved with Jones Valley Urban Farm, often leading tours for distinguished visitors. He also volunteered with the Obama presidential campaign in 2010 and has remained active with the Jefferson County Democratic Party.