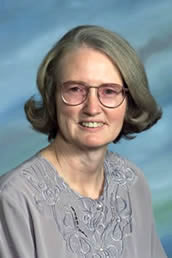 Martha Crystal Myers (born March 13, 1945 in Birmingham - died December 30, 2002 in Jibla, Yemen) was an obstetrician and medical missionary for the Southern Baptist Convention, posted in Yemen.

Myers was born in Birmingham, the daughter of Ira Myers, who became Alabama's state health officer in 1963. She grew up in Montgomery where she graduated from Robert E. Lee High School. She came back to Birmingham to earn her bachelor of arts from Samford University (1967) and her doctor of medicine of UAB (1971). She also attended the Midwestern Baptist Theological Seminary in Kansas City, Missouri. She interned at the University of South Alabama Medical Center in Mobile and worked with Cardiovascular Associates in that city.

In 1978, Myers traveled to Yemen to accept a post as a physician at the 80-bed Jibla Baptist Hospital. The clinic treats about 40,000 people each year. Myers, as a woman, was able to treat Muslim women who could not be examined by a male doctor. She frequently treated young girls who had been "bought" as brides and shunned by their families. In addition to her hospital duties, she was known to travel the countryside in a Land Cruiser dispensing medicine and giving immunizations to the rural poor.

On December 30, 2002 Myers and two other foreign staff members of the hospital were killed by Abid Abdulrazzaq al-Kamil, 30, who entered the hospital carrying a semi-automatic rifle wrapped in a blanket under his jacket. At her request, she was buried on the hospital grounds in Yemen.