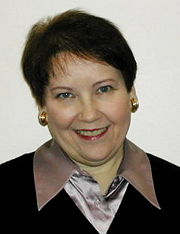 Martha P. Rizzuto was superintendent of Tarrant City Schools from 2004 to 2010.

Rizzuto has been an educator since the late 1970s. She was a classroom teacher for fifteen years and has also been a Principal, Director of Curriculum and Instruction, Director of Special Education, and Director of Student Services. She completed a doctorate in education at UAB in 1996. She was appointed by Governor Bob Riley to the Alabama Commission for Quality Teaching in 2007.

In April 2010 several incidents of violence were reported at the new Tarrant Middle/High School, resulting in 16 arrests. The Alabama Education Association urged Rizzuto to implement a violence reduction plan immediately. She announced plans that would be implemented in the 2010-11 school year. In May 2010 the Tarrant School Board voted not to renew her contract.