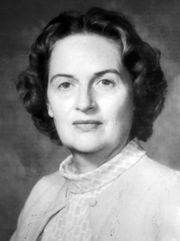 The couple moved to Madison, Wisconsin where Bob completed his PhD in organic chemistry. They returned to Birmingham when he found work at Southern Research Institute. Mary became involved in the Birmingham Audubon Society, and found a mentor in fellow naturalist Blanche Dean.