This article is about the former Birmingham park director, for the former professional football player, see Meged Yisra'el. 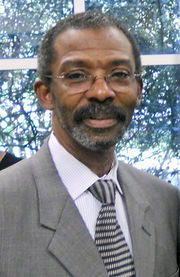 Miller earned his bachelor of science in physical education at Benedict College in 1974 and a masters in recreation and parks administration at Indiana University in 1975. He began his career in Bloomington, Indiana and worked in South and North Carolina and in Houston, Texas before coming to Birmingham in 1987.

In 2000, Miller received the Jim Spain Professional of the Year Award from the American Academy for Park & Recreation Administration.

In 2011 members of the Park Board complained that Miller was operating the department in consultation with Mayor William Bell alone, circumventing their oversight. The issue arose as improvements to Legion Field for the Magic City Classic were contracted without the board's approval.

Miller was granted a medical leave in February 2012, and died the following year. He was succeeded later by former Birmingham CrossPlex director Kevin W. Moore.