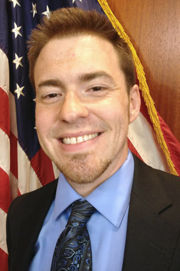 Morrison graduated from Calera High School in 2000. He attended the University of Memphis and completed his bachelor's degree in history and political science at UAB in 2004. While in college he served as an administrative clerk for the Callahan Eye Hospital. After graduating he spent a year working at Silvertron Cafe before being hired as a town planner by the State of Tennessee. He began working for Jefferson County in August 2006.

Roscoe submitted an application to be appointed by the Birmingham City Council to the District 6 seat left vacant by the resignation of Carole Smitherman. No appointment was made, and he qualified to run in the 2013 Municipal election.