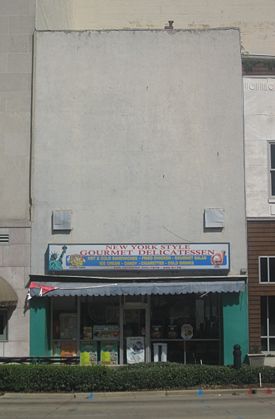 New York Style Deli was owned by Mohamed and Nadia Hamed. It was open for breakfast and lunch, Monday through Saturday. The menu featured a wide variety of items, including bagels, grits, and English muffins at breakfast and New York-style deli sandwiches, gyros, falafel, stuffed grape leaves, and a Southern-style steam table at lunch.

In fall 2012, the owners of the neighboring McKinney-Strahan residence, Jay McKinney and Chuck Strahan, purchased and renovated the deli. It was reopened in December with a similar but updated menu, and Strahan oversaw the day-to-day operation. By the next April, McKinney and Strahan decided to close the deli.