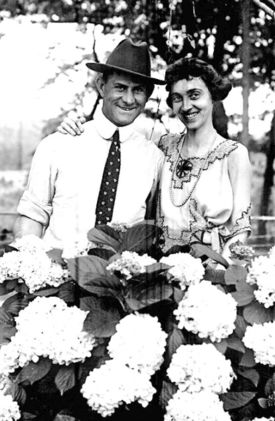 Oscar Virgil Hunt (born 1881 in Bowdon, Georgia; died December 30, 1962 in Birmingham) was a prolific commercial photographer whose work, much of it archived at the Birmingham Public Library, serves as a major documentary source for Birmingham's history.

Hunt worked as a motorman on a Birmingham Railway, Light, & Power Company streetcar. He trained as a photographer with Bert Covell and R. T. Boyett, and served as a staff photographer for the Tennessee Coal, Iron & Railroad Company and a contract photographer for the Birmingham Ledger. For the Ledger he made what is believed to be the first aerial photograph of the city in 1912. He served in the Alabama National Guard's field artillery battery, but was disqualified from service in 1912. He covered the Birmingham Ledger Motorcycle Endurance Run races between Birmingham and Atlanta, Georgia in 1914 and 1915.

Hunt opened his own studio in the Clark Building in the 1920s, mainly working for business and industrial clients to document their plants, stores and business offices. He also worked on the staff of the Birmingham Ledger, covering major events in the city. Unlike those of his commercial competitors, many of Hunt's photographs feature the images of workers and residents.

Late in his career, Hunt's studio became a popular place for younger photographers to meet. He retired in 1953.