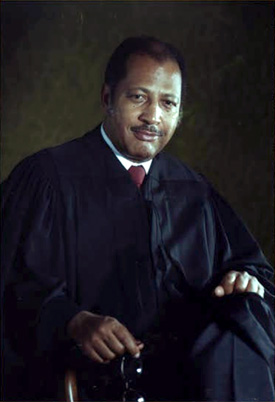 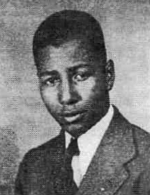 Adams was a 1940 graduate of Parker High School, where he was editor-in-chief of the A. H. Parker High School Record newspaper. He went on to earn a bachelor's degree in philosophy at Talladega College in 1944 and a law degree at Howard University in Washington D. C. in 1947. He was admitted to the Alabama Bar that year and launched his own private practice, specializing in civil rights cases. During 1963's Birmingham Campaign Adams was a member of the Central Committee that met at the A. G. Gaston Motel to plan demonstrations.

Adams became the first African American to join the Birmingham Bar Association in 1966. In 1967 he partnered with white attorney Harvey Burg to form the state's first integrated legal practice. The firm he later founded with James Baker and U. W. Clemon (Adams, Baker & Clemon) was one of the foremost law firms to litigate Civil Rights cases in the 1960s.

Adams was appointed to the Alabama Supreme Court on October 10, 1980 by Governor Fob James. He won re-election in 1982 and 1988. He taught classes in appellate and trial advocacy at Samford University's Cumberland School of Law. He retired from the bench on October 31, 1993 in order to spend time writing a memoir. Governor James appointed Ralph Cook to finish his term.

Adams died from an infection related to cancer at Baptist Medical Center-Montclair. He was survived by his children, 10 grandchildren, and his second wife Anne-Marie. Gadsden's Oscar W. Adams Elementary School was named in his honor in 1983. He was inducted into the Alabama Lawyers Hall of Fame in 2005 and to the Birmingham Gallery of Distinguished Citizens in 2008.