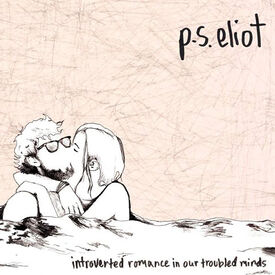 P. S. Eliot was a pop punk band formed in 2007 by twin sisters Katie and Allison Crutchfield, previously founding members of The Ackleys and ongoing members of Bad Banana.

The punk rock direction was inspired by the So So Glos. Katie Crutchfield wrote all of the band's songs and performed lead guitar and vocals while Allison played drums. Other members included guitarist Will Granger and bassist Katherine Simonetti.

The group released two full-length albums on Salinas Records, accompanied by a pair of EPs. P. S. Eliot was disbanded in 2011. They released a 15-song package on Bandcamp.com in 2012. P. S. Eliot reunited for a 2016 tour.