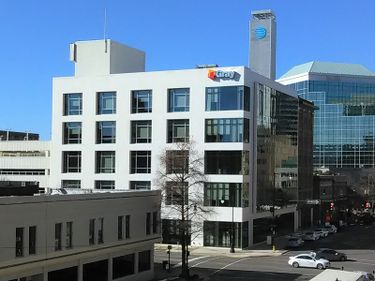 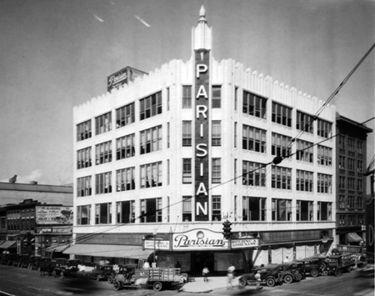 Parisian experienced grave financial troubles during the Great Depression and relocated to smaller premises in the Roden Block in 1937. Calder Furniture Co. moved in to the former department store in 1940 and remained there until moving to a smaller building on 2nd Avenue North in 1952. After the furniture retailer left, the ground floor space was leased by discount retailers including Gulf Miles and Dollar Dept. Stores and various U.S. Army offices on the floors above.

In 1968 businessman A. G. Gaston purchased the building for $1.5 million and remodeled it for the offices of his Citizens Federal Savings & Loan. Davis, Speake & Associates designed the renovations.

The building was transferred to Citizens Trust Bank of Atlanta, Georgia as part of the sale of Citizens Federal in 2003.

In 2013 owner Mark Elgin announced plans to invest $7.5 million renovating the building into 32 apartments with ground-floor retail, a fitness center and rooftop deck. A. G. Gaston Design provided architectural services and Golden Construction was set to carry out the work. Elgin's health declined, however, and the building was put back on the market. One prospective buyer indicated that he would pursue a similar redevelopment project.

In April 2015 Lexington, Kentucky-based Gray Construction announced that it would purchase the building and renovate it for their Southeast regional headquarters and other office tenants. They signed Atlas RFID Solutions as a major office tenant later that year.