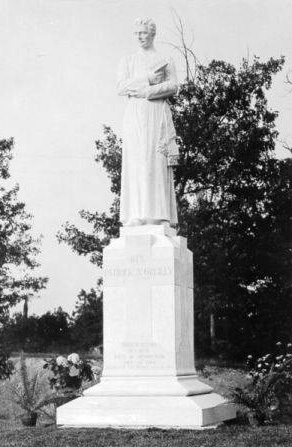 The Patrick O'Reilly statue is a marble memorial statue of Reverend Patrick O'Reilly, pastor of St Paul's Catholic Church. O'Reilly, who was also a chaplain for the Alabama National Guard, died from injuries suffered in a fall from a horse during a military parade.

The project to commission a statue was led by Birmingham News publisher Rufus Rhodes. Sculptor Giuseppe Moretti was commissioned to produce the artwork and its pedestal, which was dedicated in 1904 on the grounds of St Vincent's Hospital, an institution founded at O'Reilly's behest and that cared for him in his last week of life.