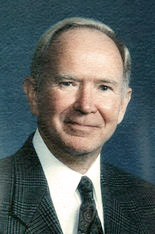 Clifford graduated from Phillips High School and attended Birmingham-Southern College, but was drafted for service in the Korean War in 1951. He served for two years with the 11th Airborne Division and attained the rank of sergeant before his discharge. He and his wife, Sophia were married on August 2, 1952. After leaving the army, Clifford completed his undergraduate studies at BSC and went on to earn a graduate degree at Emory University in Atlanta, Georgia.

Clifford was one of the eight candidates to advance to the November 1 runoff in the 1977 Birmingham City Council election, but did not win a seat. Soon later, though, he won a special election held in November 1978 after the death of Council President Don Hawkins and finished his term. In the 1979 Birmingham mayoral election he won a full four-year term.

Though unopposed in the Democratic primary, Clifford ran unsuccessfully against Republican Albert L. Smith Jr to represent the 6th Congressional District of Alabama in 1980. He was not re-elected to the Council in 1981.

In December 1981, before leaving office, Clifford made a 5-day trip to Washington D.C. and applied for $806 in reimbursable expenses from the city. He justified the request because he attended an energy workshop as a representative of the city. Once the reimbursements were publicized, he repaid the city, but was censured by the Council for the inappropriate request.

Clifford moved to Greystone and ran unsuccessfully for a seat on the Hoover City Council in 2004. He founded KWI Communications, and the Anchorage Study Seminar. He joined the administrative staff of Southeastern Bible College in 2005.

Clifford died in August 2013. He was survived by his wife, Sophie, four children, ten grandchildren and one great-grandchild.