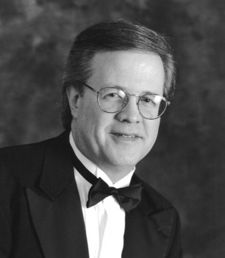 Raymond E. Reach (born August 3, 1948 in Birmingham) is a jazz pianist and vocalist, the Director of Student Jazz Programs at the Alabama Jazz Hall of Fame, and the CEO of Ray Reach Music and Magic City Music Productions. He is also an accomplished guitarist, arranger, composer and educator. Ray is a member of several active performing groups, including the SuperJazz Big Band (formerly UAB SuperJazz), the Magic City Jazz Orchestra, the Night Flight Big Band, the W. C. Handy Jazz All-Stars, Cleveland Eaton's Alabama All Stars, and his own group, Ray Reach and Friends.

Reach began piano lessons at the age of 6 under Giula Williams at E. E. Forbes & Sons Piano Company. He went on to continue studying piano under Carolyn Pfau and Hugh Thomas at the Birmingham Conservatory of Music. He began vocal studies under New York City Opera veteran Andrew Gainey at age 15 while participating in the Birmingham Civic Opera's production of The Barber of Seville. He attended Dixie Junior High School and graduated from Minor High School, where he learned from Tom Pinion and John Fowler.

Reach attended Birmingham-Southern College (where he studied with pianist Sam Howard), the University of Montevallo and the University of Alabama as he pursued music studies. As a graduate assistant at Alabama's jazz program (1977 to 1980), he worked with Steve Sample, Sr and was awarded an ASCAP Raymond Hubbell Music Scholarship. In the early 1980s, he performed with the Ray Reach Group at local venues like the Old Town Music Hall on Morris Avenue. 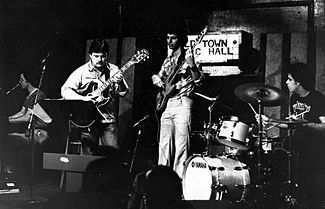 The Ray Reach Group at Old Town Music Hall in 1980

In the 1980s Reach joined the music staff at the Fairmont Hotel in Dallas, Texas. While there he became interested in the use of computers and MIDI, co-founding the American MIDI Users Group and developing MIDI software for Systems Design Associates, Inc. In 1985, he toured Europe with the Dallas Symphony Chorus, for whom he arranged works by Gershwin, Ellington, Cole Porter and Thad Jones. He accompanied vocalist Marilyn Walton on piano during the tour.

In 1989 the song "Mr President", composed by Michael Loveless, Joe Sterling and Ray Reach was recorded by various artists in Dallas to benefit the homeless in that area. A new recording of the song was made in Birmingham in 1993 with local musicians and choral students from Jefferson County Schools.

In January 2008, Ray performed as guest artist with the Howard Paul Trio at the famed Jazz Corner on Hilton Head Island, South Carolina. The Alabama Jazz Hall of Fame All-Stars, under Reach's direction, served as the house band for the 2008 Birmingham Area Music Awards. He performed alongside several artists at the W. C. Handy Music Festival. The Ray Reach Quartet appeared at the Taste of 4th Avenue Jazz Festival in September 2008. And in October his trio returned to the Jazz Corner on Hilton Head.

In April 2018 Reach was arrested and charged with four counts of possession of child pornography.

As producer, arranger and keyboardist:

As keyboardist, arranger and vocalist: