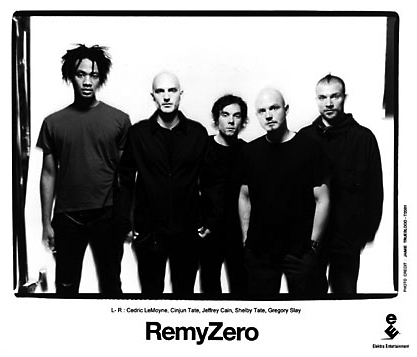 Before recording any full length albums, the alternative rock band Radiohead found Remy Zero's demo tape and invited them to be part of the United States tour for The Bends. After that, they moved from Birmingham to Los Angeles, California to record their first album. Several band mates suffered from substance abuse and homelessness after moving from Alabama.

Their first album, self-titled, drew from these experiences and received little recognition or sales. The subsequent album Villa Elaine caused them to be praised as "the next big thing". Villa Elaine was recorded when the band was living in an apartment of the same name in Hollywood. Remy Zero's third album The Golden Hum was also received well. A 30 second clip of the song "Save Me" from The Golden Hum was used as the theme song for The WB Television Network's Smallville. The song "Shattered" was used in the 2001 film Crazy/Beautiful. The song "Fair" from Villa Elaine was used in the 2004 Zach Braff film Garden State.

Remy Zero broke up in 2003, but toyed with the idea of reforming in the summer of 2006; however, they remain disbanded. Their song "Prophecy" was featured on the soundtrack to Zach Braff's 2006 film The Last Kiss.