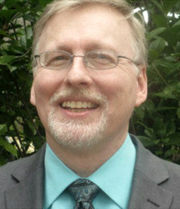 Shahan earned a bachelor's degree in psychology at the University of Oklahoma in 1982 and a master's degree in childhood education at Southwestern Baptist Theological Seminary in 1985.

Shahan has also worked as an educator and author and publisher of curriculum materials for church programs. He founded the internet publishing firm One Vine, Inc. in 2003 and ran it through 2010. He also worked for Kimble Knight Ministries in Brentwood, Tennessee from 2007 to 2009. Shahan taught as an adjunct professor at Gardner-Webb University's White School of Divinity in Boiling Springs, North Carolina in 2004-2005, and has planned events and travel programs for the Franklin Classical School in Tennessee since 2007. In the 2012-13 academic year, Shahan taught at the Bible Institute in Almaty, Kazakhstan.

In July 2013 Shahan's wife, Karen was found murdered in their home on Hugh Circle. Murder charges were filed against Shahan on December 31, and he was arrested as a "fugitive from justice" when he attempted to board a flight from Nashville, Tennessee to Frankfurt, Germany on January 1, 2014 with $27,000 in currency. In a bond hearing before Judge Sheldon Watkins, prosecutors divulged evidence that Shahan intended to move to the United Kingdom and to marry a boyfriend. His attorneys argued that he was leaving for a previously-announced three-year mission trip to Germany. In a later filing, e-mail evidence indicated that Karen Shahan had learned of her husband's affairs with two men and that Richard Shahan was waiting impatiently for his wife to die from diabetes so that he could pursue another relationship.