From Bhamwiki
(Redirected from Rites of Spring (band))
Jump to: navigation, search 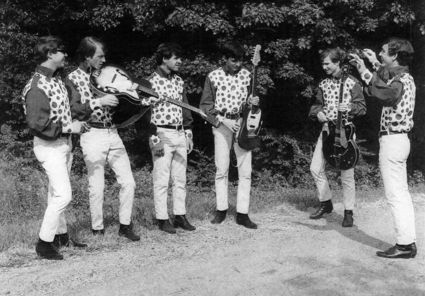 The Hard Times was a pop-rock band from Birmingham which was active from February 1964 to August 1967. They were the first rock band from Alabama to make a national television appearance.

Members of the group included Mike Gunnels on vocals, Ron Parr and Mike Pair on guitar, Ronnie Melton on keyboards, Mike Melton on bass and Daily Vandergriff on drums. All except Pair were classmates at Woodlawn High School.

The Hard Times recorded their first single, produced by Steve Norris and engineered by Ed Boutwell at Boutwell Studios. It was released it on the Ultimate label. "Losing You" became a local #1 hit and the group became associated with WSGN-AM. Ruth Bookout made the band's signature polka-dot shirts (white with red dots and navy blue with yellow). The group had a strong local following and was known for their ability to reproduce current pop hits on stage, including "Wild Thing" and "You've Lost That Lovin' Feeling". Most of the group's original songs were written by Parr. Saxophonist Eric Kontzen served as road manager and part time accompanist. Another roadie Riley Bookout also appeared with the group. The entire crew shared in the band's success, earning equal cuts from bookings. 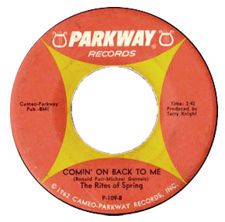 In July 1966 they won a 300-band talent search organized by WVOK-AM at Eastwood Mall, which entitled them to a $500 cash prize, a recording contract with Cameo-Parkway, and an appearance on Where The Action Is?. Singer Terry Knight, who had just scored a hit with "I (Who Have Nothing)", was assigned to produce their follow-up record. The plaintive-sounding "Why?" with the harder-hitting "Comin' on Back to Me" on the reverse, was recorded in Philadelphia and saw limited release in October 1966. The single was underpromoted, and Cameo-Parkway soon went out of business. Lowery Talent of Atlanta began booking their tours and they recorded a few more tracks with Rick Hall at Fame Studios is Muscle Shoals. Vocalist George "Butch" Wiggin was a some-time member of the group and sang harmony on some of those cuts. Another part-time vocalist was Cindy South.

Drummer Jasper Guarino took the place of Daily Vandergriff and pushed the band toward a more rhythm and blues sound.

Because there was another band from California calling itself the Hard Times, the band changed its name to Rites of Spring prior to appearing on the penultimate episode of Dick Clark's ABC program "Where The Action Is", which aired on March 16, 1967. The group broke up around the end of the year as some of the members were drafted into military service. Ron Parr was killed in action on April 30, 1968. After the war the group reunited for a few shows to benefit a children's home in Vietnam.