This article is about the 20th century real estate developer. For his great uncle, the Tuscaloosa merchant and politician, see Robert Jemison Jr (Tuscaloosa). 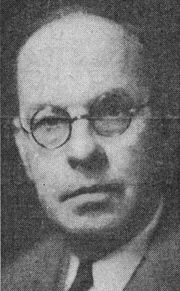 Jemison was the son of business executive and real estate developer Robert Jemison Sr and his wife Eugenia, and the grandnephew of Tuscaloosa merchant and Confederate Senator Robert Jemison Jr. His family moved to a house in downtown Birmingham in 1884 and Robert Jr attended Powell School and the South Highland Academy. He enrolled at the University of Alabama in 1895, but completed his degree at the University of the South in Sewanee, Tennessee.

After returning to Birmingham, Jemison began working as a clerk in a hardware store in 1899. He married the former Virginia Earle Walker in 1901 and had three children. He founded his own firm, the Jemison Real Estate & Insurance Company in 1903.

As an active civic leader, Jemison served as the first president of the Birmingham Red Cross in 1916, and also chaired the Birmingham Community Chest. He personally contributed $25 toward the purchase of the elephant named "Miss Fancy" for the Avondale Park zoo. In 1931 Jemison also donated a breeding pair of swans to the park.

In 1910 Jemison was hired by Tennessee Coal, Iron & Railroad Company to plan and develop the new industrial city of Corey (later Fairfield) around its new Fairfield Works blast furnace site.

In 1925 Jemison purchased the historic William Reed residence in Roebuck and expanded it into a 500-acre working ranch, which he dubbed Spring Lake Farms. He sold the house and much of the property to Emmett Ware in 1947.

Jemison's most lasting achievement is the planning and development of Mountain Brook, an early automobile suburb designed as a picturesque retreat from the smoke-filled, noisy streets of downtown Birmingham. The development opened in 1929 and was later incorporated as an independent municipality.

Jemison served as president of the National Association of Real Estate Boards in the 1920s. In the early 1950s Jemison lent his support to efforts to win federal funding for creation of the University of Alabama Medical Center. Later that decade he chaired the Citizens Committee for Merger which sought to bring Homewood and Mountain Brook into the city of Birmingham.

Jemison died in 1974 and is buried at Elmwood Cemetery.

Jemison's personal and business papers are archived at the Birmingham Public Library Archives, as part of its Birmingham Architecture & Design Collection.