From Bhamwiki
(Redirected from Roden building)
Jump to: navigation, search 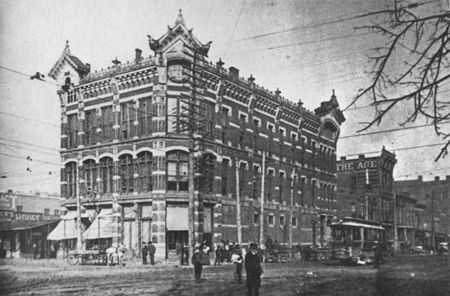 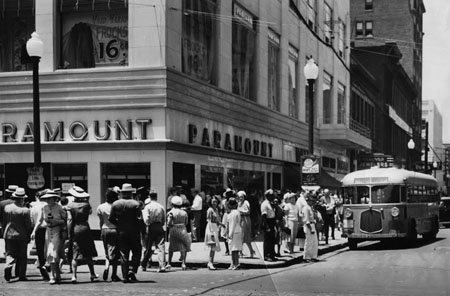 The Roden Block or Roden's Block, also called the Roden Building or, now, the Ingram Building, is a commercial structure developed by Benjamin Roden before 1885 on the southeast corner of Block 86, northwest of the intersection of 2nd Avenue North and 20th Street.

The richly-ornamented three-story commercial block with its heavy cornice and corner pediments was designed by architect Charles Wheelock. The building was constructed of pressed-brick with stone trim. The 2nd Avenue facade was the building's apparent "front", with blank walls facing 20th Street. Roden's grocery occupied the lower floor with a corner entrance. Offices were located on the second floor and sleeping rooms on the top.

The Young Men's Christian Association rented a suite of rooms in the building on October 16, 1885. Birmingham National Bank replaced Roden's grocery April 1887. According to an 1887 business directory, the Birmingham Board of Aldermen held their meetings in the Roden Building.

By the autumn of 1917 the elaborate corner parapets had been removed.

In 1937 the Roden Block and adjacent Caheen Building at 1924 2nd Avenue North were combined and completely renovated by Miller, Martin & Lewis Architects for Parisian stores. The cornices were removed, window openings enlarged, and a new white stone cladding was installed with simplified geometric details. Parisian's storefront was completely updated again in a 1950 renovation that also included excavation of a storage basement and a mezzanine-level men's store. The new entrance, clad in glass and Alabama marble, featured the nation's first installation of touch-action hydraulically-operated doors, as well as backlit plexi-glass and neon signage.

A 2011 renovation for owners Kent and Angie Ingram was designed by architect Jeremy Erdreich. In 2017 the building was acquired by Matthew Hogan for $2.575 million. He sold it to Carter Hughes and Bret Connor in December 2020 for $2.85 million. 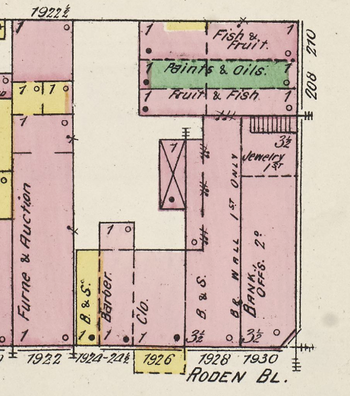 Detail of an 1891 Sanborn map showing the Roden Block