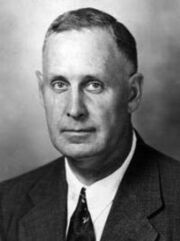 Pearse was the son of Thomas Pearse of Marshall County, Iowa. He earned his bachelor of science from Cornell College of Mount Vernon, Iowa in 1911 and began his career as a school teacher. He completed his master's in landscape architecture at Harvard University in 1915 and returned to his home state to found a firm with Francis A. Robinson and Harold G. Sprague. He suspended his practice in December 1917 to enlist in the U.S. Army for service in World War I, and was assigned to the Military School of Aeronautics in Columbus, Ohio.

After his return to Iowa, Pearse was appointed landscape extension specialist for the state, working from an office at Iowa State University. In addition to consulting on the planning of school campuses, parks, demonstration farmsteads, cemeteries and community centers across the state, he also taught courses and gave public lectures. In 1921 Pearse, Robinson & Sprague designed renovations to Camp Dodge near Johnston, Iowa. Later Sprague left the firm and Pearse-Robinson developed a specialty in planning fairgrounds. Pearse was appointed director of works for the 1926 Sesquicentennial Exposition in Philadelphia, Pennsylvania.

After the fair closed, Pearse moved to Alabama where he was commissioned by developer Clyde Nelson to lay out the plat for the 750-lot Hollywood residential subdivision, now in Homewood. He opened an office in the Martin Building at 2308 4th Avenue North and was consulted on a number of Works Progress Administration improvement projects, including the addition of an amphitheater-style outdoor classroom at Graymont Elementary School.

In 1931 Pearse designed the stone amphitheater, tennis courts and rose garden for Avondale Park. He became licensed as a civil engineer and worked for a number of government agencies during the Great Depression, including Alabama's Transient Bureau. He participated in park planning with the Tennessee Valley Authority from 1934 to 1936 and then moved to Raleigh, North Carolina as a regional landscape architect for the Resettlement Administration. He designed another amphitheater and rose garden there.

After re-entering private practice in the late 1930s, Pearse continued to take government and institutional commissions. He served in the U.S. Army Corps of Engineers during World War II. After his discharge he took the place of Thomas W. Morse as acting Superintendent of North Carolina's State Parks.

In the late 1940s he returned to fairgrounds design, preparing plans for more than 30 such facilities. He also designed a rose garden adjacent to the Raleigh Little Theater on the former North Carolina State Fairgrounds. In 1955 he submitted a patent application for a "floating fountain" which contained its own battery-powered apparatus for spraying and illuminating water.

Pearse became a Fellow of the American Society of Landscape Architects in 1970. He died in 1973 and was survived by his wife, Forestine. He is buried in Raleigh's Oakwood Cemetery.