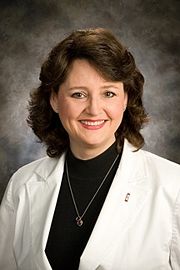 Shaw was born to Bill M. and June Daly Slimp. She graduated from Homewood High School in 1975, and earned a Bachelor's in family and child development from Auburn University in 1979. Shaw went back to Auburn to earn a second degree in business administration in 1993. She has worked as a bookkeeper, accountant and office manager at Shaw Oil Company, as well as serving the Republican Party's Montgomery and statewide committees. She was the auditor for Jeff Sessions 2002 campaign. In 2006 she was elected to the office of State Auditor, and re-elected in 2010.

Shaw married Judge Greg Shaw in 1980. They currently reside in Montgomery and have two sons, Gregory and Christopher ("CJ").