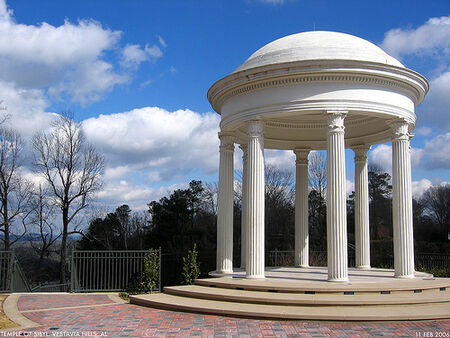 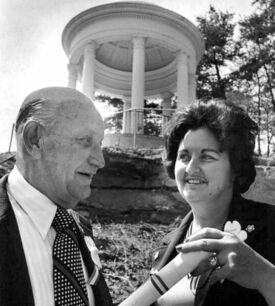 Mayor J. T. Scates accepts the deed to the Sybil Temple in 1976

In 1976, the Vestavia Hills Garden Club had Harbert Construction Corporation relocate Sibyl Temple from the former estate site to the northern limit of Vestavia Hills at the crest of Shades Mountain adjacent to U.S. Highway 31, establishing it as the symbol of the city. Because the reinforcing bars connected the columns to the dome, blowtorches were needed to dismantle the structure. Because it was predicted that many of the detailed ornament would not survive the demolition process, castings were taken prior to beginning the work.

The dedication ceremony was held on April 8, 1976 as part of the Vestavia Hills Dogwood Festival. Garden Club member Barbara Spradling presented the deed to the structure to Vestavia Hills Mayor J. T. Scates. The Garden Club has continued to maintain the temple and grounds as a special project. On October 28, 1985, the temple was added to the Alabama Register of Landmarks and Heritage. 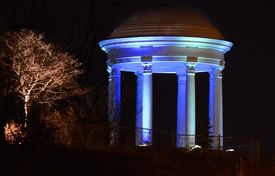