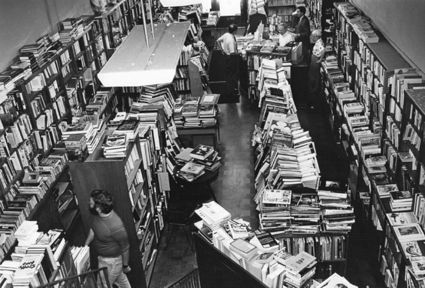 Interior of the downtown book store in 1990 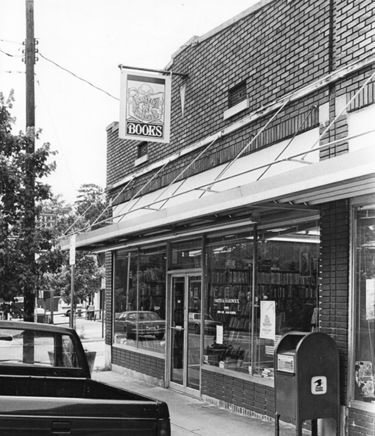 Exterior of the Forest Park book store in 1991

Smith & Hardwick was a book store which operated from 1934 to 2004. Founded by Murray Smith and James Hardwick, the store was billed as the "largest bookstore in the South". It was originally located in the Clark Building at 406-408 20th Street North, and was open six days a week from 9:00 AM to 9:00 PM.

In 1954 sisters Virginia and Anna Praytor, who both taught in Birmingham City Schools, bought the store from its founders. They stocked a wide range of children's books, and offered a 20% discount for books purchased for school or classroom libraries. They also hosted numerous literary events, including an annual "Books and Authors Luncheon" which coincided with the Birmingham Festival of Arts. Gene Crutcher worked at Smith & Hardwick before opening his own store in Five Points South in 1962.

Anna continued to run the business after Virginia died in 1974. Though the shelves and stacks appeared cluttered, she was known for being able to locate any title. As the business matured, it specialized more in hard-to-find technical books, serving a regional clientele.

After Anna Praytor died in 1989, long-time store manager Allen Shaffer took over the business. He relocated the store to 3900 Clairmont Avenue in Forest Park in 1990. After Shaffer suffered a stroke in 2004 the business was closed.