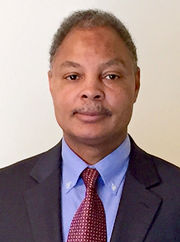 During his undergraduate years, Horn worked as a laboratory research assistant. In 1990 he began working as a teacher and head of the science department at the Alabama School of Fine Arts. While there he also chaired the technology committee, overseeing the installation of a fiber-optic data network at the school. In 1993 he was promoted to assistant director of instruction, overseeing the development and implementation of curricula while also serving as a curriculum development consultant for the National Institutes of Health.

In 1997 Horn was named principal of Birmingham's Center Street Elementary School. In 2000 he moved to the central office as the system's Director of Science, coordinating science instruction for all grades. He participated in the Alabama State Department of Education's "Superintendent's Academy" in 2006. In 2012 he was appointed by Superintendent Craig Witherspoon to take charge of the system's Career Academies. After Witherspoon's retirement, the Birmingham Board of Education appointed him as interim superintendent. He was a finalist for the permanent position which went to Kelley Castlin-Gacutan.

Horn has also served on the boards of the McWane Science Center, Alabama School of Fine Arts and Birmingham Urban Gardens and on the Keep Birmingham Beautiful Commission.