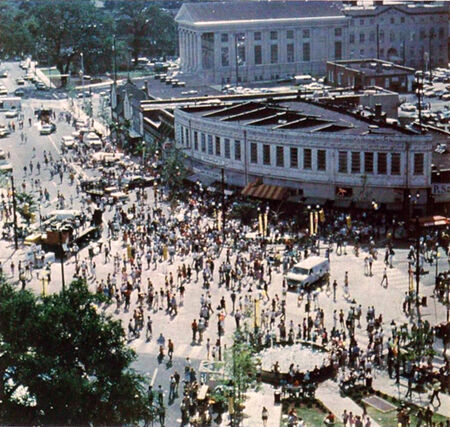 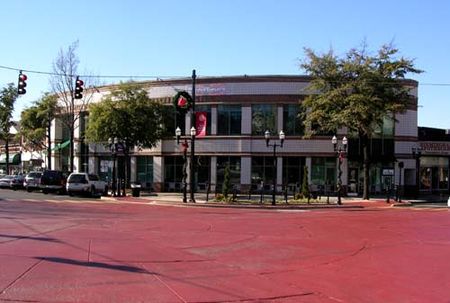 The Studio Arts Building, constructed in 1910, was a landmark curved-front building on the northwest corner of the intersection of 20th Street and 11th Avenue South at Five Points South. The building entrance was at 1034 20th Street South.

The building's second-story apartments found use as artists' studios, which gave it its name and helped give the Five Points area a reputation as an artist's district. The ground floor housed a series of retail businesses including a grocery, a drug store, a tobacco shop, the 5-Points Bootery, Little Bombers Lounge, Poor Willie's, and later Joe Bar.

In the early 1980s the building was owned by Becky Rabiee, who also owned Anthony's Deli & Pastry on the ground floor. The building was badly damaged in an overnight fire on January 5, 1986. It appeared that the fire started in a storage room used by Grand Shoe Repair. Six engine companies reponded to the fire, which took three hours to extinguish. Fire walls prevented the blaze from spreading but the adjacent Scott's Apothecary, P & S Apothecary and Charlemagne Records all suffered some water and smoke damage.

The Studio Arts Building was torn down by the following year. The site was used between 1990 and 1993 for the Southside Community School's "Giant Puppet Workshop".

In 1993 developer Tom Hinton proposed to build a new Studio Arts Building, similar in style and scale to the original. The resulting design by architect Craig P. Rogers "reinterpreted" the original lines of the building, but with a cleaner, more contemporary ceramic-tile facade and larger windows. When it opened in 1994 the new $2 million Studio Arts Building housed a Johnny Rockets diner and a Birmingham Police Department substation on the ground floor. The nightclub Studio opened in the upper floor in 1995.

When Johnny Rockets closed it was replaced by a Schaeffer Eye Center location which re-used many of the diner's 1950s-style fixtures in its design. The upper-floor tenant was ElevenTwenty dance club.

The building was purchased by Leesa Warren in 2011. Space was then renovated for a police substation, the Bacchus night club, and a Firehouse Subs. The former Johnny Rockets on the ground floor was converted into a Waffle House which opened in 2013. In 2021 the 2nd floor nightclub space and the former Firehouse Subs were leased by Jay Williams and renovated for a restaurant and bar named Social.