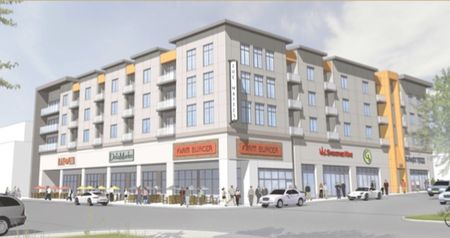 Rendering for the Waites 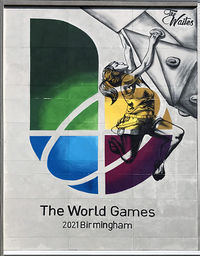 The Waites (originally dubbed "Central City") is a four-story apartment and retail development under construction on the southeast corner of 7th Avenue South and Richard Arrington Jr Boulevard South. The $13.6 million project is being undertaken by Retail Specialists, and received up to $480,000 in incentives from the city in the form of $96,000 in sales tax abatements per year for five years. Ground was broken for the project on April 27, 2016 and it opened in Summer 2017.

The project's design, by Williams Blackstock Architects, incorporates portions of the historic limestone facade of Waite's Fine Foods, a former deli and bakery which had occupied the corner. The proposal was presented to the Birmingham Design Review Committee as it lies within the Midtown Commercial Revitalization District. The committee voted 5-4 to approve the demolition permit in March 2016. Some existing businesses, including Stillwater Pub and Rocky's Pizza closed to make way for the project. Their owners learned of the redevelopment plans through media reports.

The new building houses 45 one- and two-bedroom apartment units and 15,000 square feet of retail space with designated retail parking and outdoor seating areas. Tenants announced in Spring 2016 included Farm Burger, Blaze Pizza and Smoothie King. Taco Mama was announced as a tenant in June of that year. Club Pilates, Roll Up and Which Wich signed subsequently.

In January 2018 the Birmingham Design Review Committee approved a proposal to paint a large mural depicting the 2021 World Games logo and an illustration of a rock climber on the south side of the building, facing 7th Alley South.

BBVA relocated their Southside bank branch from the UAB administration building to The Waites in June 2019.