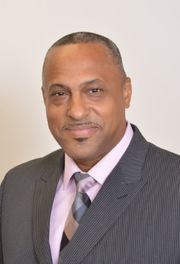 Smith earned an associate degree in fire science at Lawson State Community College and has also studied at UAB. He was promoted to Captain in 2008.

Smith has also worked as a safety consultant, a loan broker and as chief executive officer of a security firm.

Smith is a 2012 graduate of Leadership Birmingham.

After Jay Roberson stepped down from his Birmingham City Council District 7 seat in September 2018, Smith applied for an appointment to fill his remaining term. The Council selected Wardine Alexander instead.