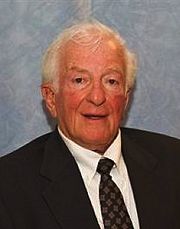 Anthony Ruffino (born c. 1937 in New York; died August 22, 2011 in Birmingham) was a concert promoter and former owner of the Five Points South Music Hall. He was living in New York, booking tours for the likes of Jimi Hendrix and Led Zeppelin when he moved to Birmingham to produce events at the BJCC in 1979. He hired Gary Weinberger and with him and Dan Nolen opened Brothers Music Hall, which grew into the booking company New Era Productions.

New Era went on to launch the Five Points Music Hall and the Oak Mountain Amphitheater.

In 2010 Ruffino was presented the Alabama Music Hall of Fame's "Sam Phillips Innovator Award". He died following a stroke in 2011.