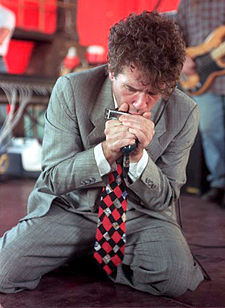 Price grew up in Prichard, attending Vigor High School. He was a member of "The Blues Band" in Mobile along with Harold Floyd, Rat Connell and Wick Larson.

He was a frequent performer at local nightclubs as well as at City Stages. He most often performed as the frontman for Topper Price and the Upsetters. Other bands which have featured Price included Cowboy and The Convertibles. He did guest work with Dickie Betts, Eric Essix, Lynyrd Skynyrd, Albert Collins, The Band, the Subdudes, the Radiators, Cleveland Eaton and Brother Cane. His opening harmonica riff on Brother Cane's #2 Billboard hit Got No Shame is probably his best-known recording.

Price won the "best male vocalist" award at the 2007 Birmingham Area Music Awards and took the stage at the awards show on March 8, telling the crowd that "he couldn't express what their recognition meant to him after so many years on the local music circuit."1.

Price was an honorary member and big supporter of the Magic City Blues Society. He was profiled on the Alabama Public Television program 4th & 23rd.

At the time of his death, Price was engaged to Kelly Casey. He died in his Southside apartment of unknown causes.