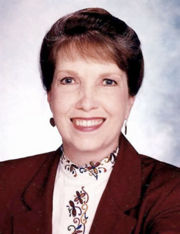 Valerie Anderton Abbott (born c. 1952) is a manager for AT&T Services and who has represented District 3 on the Birmingham City Council since 2001.

Abbott grew up in the Glen Iris neighborhood, attending Glen Iris Elementary School and graduating from Shades Valley High School in 1970. She earned a bachelor's degree in interior design from Auburn University's School of Architecture and Fine Arts in 1974 and took a job with South Central Bell. She remained there and held numerous positions with the company as it evolved into AT&T.

Abbott also has served as president of the Glen Iris neighborhood association and the Southside community. She returned to college in 1996 and completed a masters in public & private management from Birmingham-Southern College in 1999. She was first elected to the City Council in 2001 and was re-elected with nearly 80% of the vote in 2005. She won a third term in the 2009 election, defeating challenger Howard Bayless. She ran unopposed in the 2013 Birmingham municipal election.

Abbot's reputation on the council is one of scrupulous preparation and a full schedule of appearances all across the city. In 2006 Birmingham Weekly gave Councilor Abbott an "A+" in its annual grading of Council members.

Abbott was elected Council President Pro Tempore after the death of Miriam Witherspoon in April 2009. Her primary issues in the 2009 campaign were neighborhood preservation and revitalization. She cast the lone vote against the city's 2015 Ride-sharing ordinance.

Abbott's husband, Rod, died in 2011. They have one son, Tommy, and three grandchildren.

In March 2007 Abbott announced that she would create an exploratory committee for a possible campaign for the 2007 Birmingham mayoral election. That same month, she introduced an "inclusion resolution" to the Council, which sparked an unexpected debate on the legitimacy of recognizing civil rights for homosexual residents.

Because she was an employee of BellSouth Affiliate Services Corporation and because the Mayor-Council Act prohibits City Councilors from working for utility companies, Birmingham's Citizen's Advisory Board asked Abbott in May 2007 to secure an opinion from the state's attorney general's office. Abbott did not seek such an opinion, but relied on her attorney's advice that the spin-off company which actually employs her is not a public utility. The question has continued to inflame the CAB and its president, Emanuel Ford.

Abbott announced her candidacy for the mayor's race during the summer. Her platform included making the city's budget process more open, democratic and transparent. She planned to decrease crime by increasing opportunities through jobs programs and economic development, giving the Chief of Police more independence, cooperating with other law enforcement agencies, and studying and implementing programs that have demonstrated success in other cities. She planned to simplify and improve the process of obtaining city permits, and to propose a "demolition by neglect" law empowering the city to repair derelict properties and assess liens against property owners. She hoped to expand the city's economic development efforts by making smarter use of the city's resources and of federal and state programs. She proposed a "transitional jobs" program in which undereducated workers would combine job training with paid work at public and nonprofit agencies, as well as a special office in City Hall that would serve as a clearinghouse for social services and public assistance, making those programs more efficient and effective by communicating better with recipients. She also promised improvements in police enforcement of speeding and noise violations; construction of new housing; more effective zoning enforcement; rapid response to street maintenance needs; and a long-range plan for infrastructure upgrades city-wide. She also planned to make better use of existing revenues to fund transit improvements - a task which requires cooperation with other municipal governments and the state legislature.