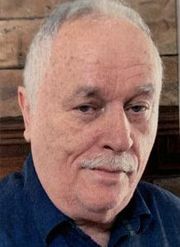 Vance Wesson (born c. 1946) is an artist, educator and librarian.

Wesson completed a master's in fine arts at the University of Mississippi. He teaches art at Jefferson State Community College and works nights as an assistant librarian at Samford University's Cumberland School of Law. He also was long time art instructor for the former UAB Special Studies department where he taught community art classes.

Wesson worked on a mural that covered over graffiti at a local high school, and was hired in 1981 to paint a series of murals at Southtown Court housing project. His intent was to paint portraits of residents, but the housing authority asked him not to include people and keep to images of nature. He was paid $10 an hour for the project, which took up most of July and August.

Wesson later painted murals at Marks Village in Gate City and at the Alabama Mining Museum in Dora.