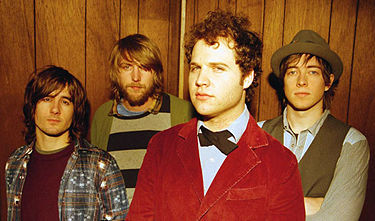 Wild Sweet Orange (formerly Old American Dream) was a rock band comprised of singer Preston Lovinggood, bassist Garrett Kelly, drummer Chip Kilpatrick and guitarist Taylor Shaw. Lovinggood and Kilpatrick met in Homewood and began playing together in 2004, adding Kelly to the line-up before he graduated high school. They toured that summer and then took a break before re-forming as Wild Sweet Orange with Shaw's guitar.

The group recorded its first tracks in 2005 with engineer Lynn Bridges. "Sour Milk" earned a spot on Reg's Coffee House on WYSF-FM. The band then recorded more tracks in Decatur. "Ten Dead Dogs" got airplay on Seattle's KEXP-FM, leading to some national notice. The band signed up with Canvasback Music in 2007, but issued an EP, "The Whale EP" on their own in 2007 before heading back into the studio.

Much of the band's 2008 debut full-length album was recorded in Austin, Texas at producer Mike McCarthy's studio in February.