Difference between revisions of "2020 Coronavirus pandemic" 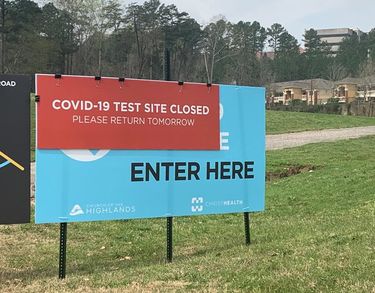 The 2019 Coronavirus pandemic was a worldwide pandemic spread by SARS-CoV-2 (Severe Acute Respiratory Syndrome Coronavirus 2), a "novel Coronavirus" that was first reported in December 2019 in the city of Wuhan in China's Hubei Province. It quickly spread across the globe, defying efforts at containment. Individuals infected with the virus develop "COVID-19" (COronaVIrus Disease 2019), an illness which attacks pneumocytes, primarily in the lungs leading to pneumonia, limiting the ability of the body to absorb and distribute oxygen to its cells. In severe cases the body's immune response can overwhelm the lungs or other organs. Though many cases are relatively mild, COVID-19 can lead to death, especially in older persons or those with compromised immune or respiratory systems.

Likely due to a delayed capacity to carry out diagnostic testing, Alabama was one of the last states to report a confirmed case of COVID-19. Although it is likely the virus had begun spreading in the state beforehand, the first confirmed case in Alabama was reported on March 13, 2020, two days after the World Health Organization declared the outbreak to be a worldwide pandemic.

The Alabama State Department of Corrections suspended transfer of inmates from county jails to state prisons on March 20. Prison conditions in the state, already unwholesome, were recognized as particularly unsuited to attempting to contain an epidemic, with inadequate capacity for distancing or protection for inmates or staff.

UAB Hospital participated in a clinical trial of the use of nitric oxide in ventilators for those whose lung function was severely compromised, a treatment that had earlier shown some promise with SARS patients. Cardiologists Pankaj Arora and Vibhu Parcha led that study.