Difference between revisions of "1974" 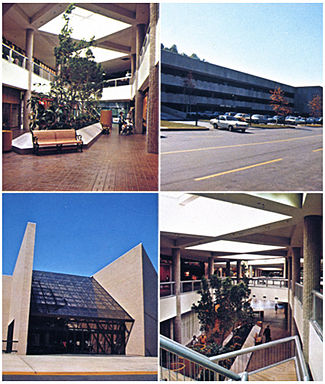 Photos from a 1975 Brookwood Village brochure

1974 was the 103rd year after the founding of the city of Birmingham.

In 1974 the crew of Skylab 4 completed a then-record 84 days in orbit. Charles de Gaulle Airport opened in Paris. OPEC ended their oil embargo. The Terracotta Army of Qin Shi Huang was discovered at Xi'an, China. India successfully detonated its first nuclear weapon. The first product was sold by scanning its Universal Product Code (UPC). President Richard Nixon resigned as a result of the Watergate scandal. The Rumble in the Jungle saw Muhammad Ali knock out George Foreman in 8 rounds to regain the Heavyweight title. A skeleton from the hominid species Australopithecus afarensis was discovered and named Lucy.