1997 was the 126th year after the founding of the City of Birmingham. 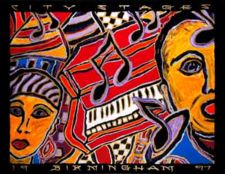 Notable films of 1997 included Titanic, As Good as it Gets, and L. A. Confidential. Steven Millhauser won the Pulitzer Prize for Fiction for Martin Dressler: The Tale of an American Dreamer and Arundhati Roy won the Booker Prize for The God of Small Things.