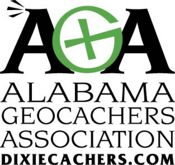 In 2012, partnering with Alabama State Parks, the 2012 Alabama State Park Geocaching Challenge was introduced, with special geocaches hidden at each state park. Teams competed to complete the challenge, with two teams completing the task within the first four days.