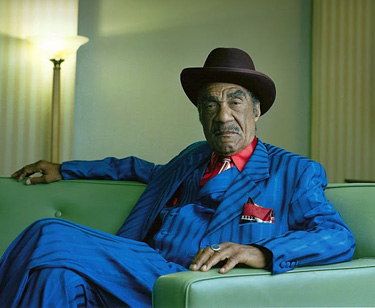 Williams was born in Bessemer, but raised in the projects of Chicago, Illinois. He sang in the choir at Cobbs Baptist Church in Chicago and served for a while in the U. S. Navy.

He started his career in Detroit with Fortune Records in the 1950s. He was a singer for a group which recorded as the Don Juans and recorded twelve singles for them between 1955 and 1961. His songs were known for their sexual innuendo, with tunes such as "Bacon Fat", "Greasy Chicken", "Jail Bait" and "Pass the Biscuits". His style incorporated spoken passages in a manner that could be interpreted as a precursor to rap. Redd Foxx gave him the nickname "Mr Rhythm".

After 1961, Williams began writing for Motown artists. He co-wrote Stevie Wonder's debut "Thank You for Loving Me" and wrote or produced songs for Mary Wells, the Contours, the Five DuTones, Alvin Cash & the Crawlers, and Edwin Starr, whom he toured with as road manager briefly.

In 1965, Williams moved back to Chicago and signed with Chess Records, recording more singles ("The Stroke", "Gridle Up", "Cadillac Jack") and enetered into a stormy collaboration with Ike Turner before descending into a cocaine-fueled derelict lifestyle.

Williams resurfaced in the 1990s with a series of new albums supported by Jon Spencer and Norton Records. His later collaborators included the El Dorados, the Sadies, and Dick Taylor. A documentary feature film, Agile Mobile Hostile: A Year with Andre Williams, was released in 2008.

Williams lived in Queens, New York before he was diagnosed with colon cancer and went into hospice care in Chicago. He died in March 2019.