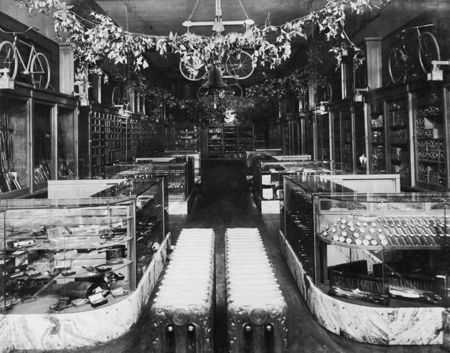 The Birmingham Arms & Cycle Co. or Birmingham Arms and Hardware was a sporting goods store and gun dealer which opened in 1887 in a 25'x100' two-story brick building at 1904 2nd Avenue North. The founder was Asheville, North Carolina-native C. J. Chunn, who had previously operated a gun shop in Baltimore, Maryland.

In addition to athletic goods, guns, hunting and fishing supplies and bicycles, the shop sold fireworks, watches, razors and hammocks. The store was also involved in organizing shows for the Birmingham Kennel Club. Ernest Loosley headed the company's bicycle repair shop in the 1890s.

In 1925 the business was reincorporated as the Birmingham Arms & Hardware Company with J. E. Lewis, T. A. Lappage, and T. B. Marshall as executives. Later that year it was acquired by Beach Chenoweth, who continued to operate it as a division of his B. M. Chenoweth Co.