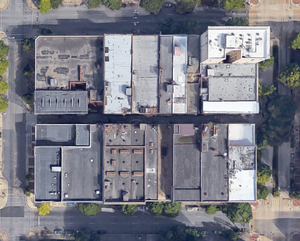 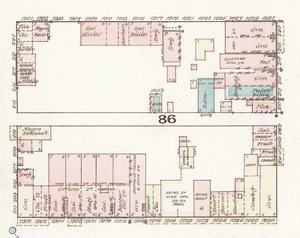 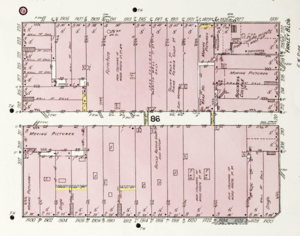 Block 86 is a Birmingham city block bordered by 19th and 20th Streets and by 2nd and 3rd Avenues North in the heart of downtown Birmingham. It is bisected from east to west by 2nd Alley North.

In 1900 the north side of the block was described as, "occupied by one-story buildings used for negro restaurants, barber shops, etc.". By 1910 it had been built up into a solid row of three-story commercial buildings with the 9-story Farley Building occupying the corner of 20th Street.

By 1920 the circuit around Block 86 had become a well-known pedestrian route, passing the highest volume of shops and therefore maximizing the opportunity to encounter friends and acquaintances. It was popularly called the "racetrack" or the "Chicken Run". During the Great Depression circling the "chicken run" continued as a popular way to wile away idle hours.