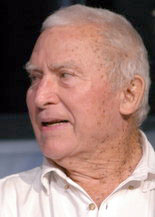 Hendrix was the son of Lether and Marie Dixon Hendrix. He attended Phillips High School and portrayed Mickey Mouse for the Alabama Theatre from 1939 to 1943. During World War II he served in the U.S. Army Air Corps. After his discharge, he returned to Birmingham's West End and earned a bachelor's degree from the University of Alabama and a law degree at the Birmingham School of Law before opening his own law practice. He later worked at Alabama Power Company.

In 2002 Hendrix ran for a post on the Birmingham Board of Education, but was unsuccessful. He also put his name on the ballot for the 2003 and 2007 elections for Mayor of Birmingham. In announcing his 2007 candidacy, Hendrix criticized what he perceives as the city's intrusions into the rights of property owners and called for more investment in parks and recreation. He garnered 41 of 52,111 votes cast, finishing last in the field of 10.

In the 2009 Birmingham City Council election Hendrix challenged incumbent Carole Smitherman for the District 6 seat. His primary campaign issue was education. He finished in last place in the five-way race. He ran again for the vacant District 6 seat in the 2013 Birmingham municipal election, finishing last in the race won by Sheila Tyson.

Hendrix died in June 2017. He was survived by his wife, Shirley, two children and four grandchildren. He is buried at the Alabama National Cemetery in Montevallo.