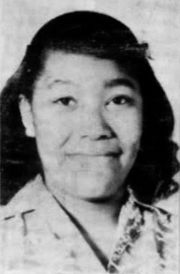 Carole Rosamond Robertson (born April 24, 1949; died September 15, 1963 in Birmingham) was one of the four girls killed in the 1963 bombing of 16th Street Baptist Church. She was the third child of Alvin and Alpha Robertson of Smithfield.

Carole attended Parker High School where she was a straight-A student and active in the marching band and science club. She was also a member of Girl Scout Troop 264 and a member of Jack and Jill of America.

Robertson's funeral was held on September 17, separately from the other three victims, at St John African Methodist Episcopal Church. She was buried at Shadow Lawn Cemetery, but her remains were moved to Greenwood Cemetery in 1974, to be interred near her father's. She shares space on a monument in the cemetery with fellow bomb victims Addie Mae Collins and Cynthia Wesley. Denise McNair was buried elsewhere.

The Carole Robertson Center for Learning in Chicago is named in her memory. 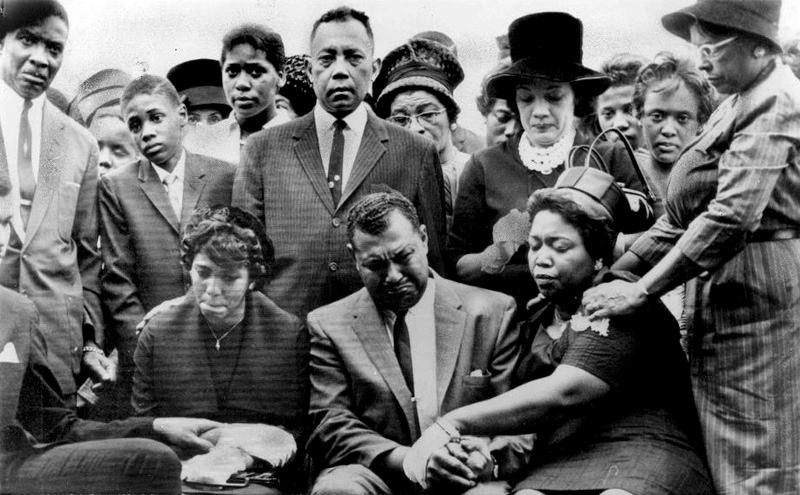 Carole Robertson's family gathered for her graveside service on September 17, 1963 at Shadow Lawn Cemetery. Seated are her sister and parents. AP wirephoto
Retrieved from "https://www.bhamwiki.com/wiki/index.php?title=Carole_Robertson&oldid=166431"
Categories: