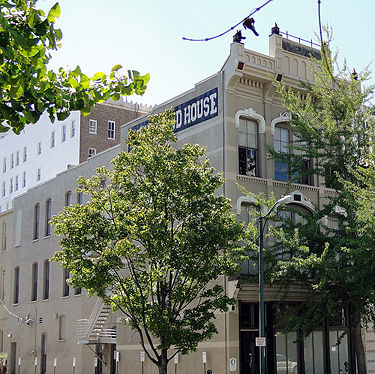 In the late 1920s, the building housed the Quality Market, one of a row of grocery stores and bakeries stretching across half the block. In the 1960s and 1970s, the ground floor was occupied by the Peoples Loan Co. pawn shop. Extensive work in 1985 and 1986 restored the historic facade as well as a painted sign high on the building's east wall, long hidden behind an adjacent structure.