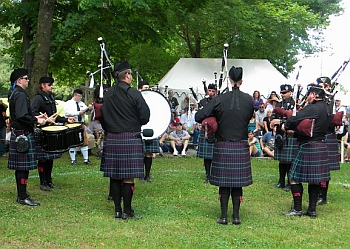 The Ian Sturrock Memorial Pipe Band is sponsored by Guinness, the Saint Andrews Society of the Middle South and the Caledonian Society of Alabama. The membership includes musicians from throughout Alabama as well as Georgia, Florida, Louisiana and Mississippi.

In 2001, Ryan Morrison, a third-generation student of Ian, assumed leadership of the band. In 2008, the band was again reorganized under a new charter to become the Ian Sturrock Memorial Pipe Band to memorialize Ian's contribution to piping in Birmingham.