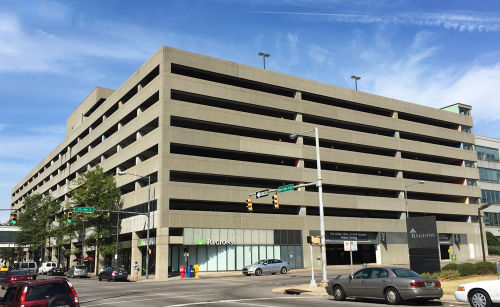 Public parking (for clinic patients) is available on floors 2-8. The ground floor is primarily occupied by retail shops and a small parking area for customers of Regions Bank.

In August of 2017, a pedestrian connector bridge was completed that connected the parking deck to the adjacent Whitaker Building.

On August 31, 2017 a fire broke out on the third floor of the deck and engulfed six vehicles before it was extinguished.