Difference between revisions of "Milton Grafman" 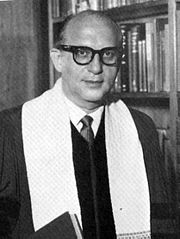 Grafman was one of the founders of Spastic Aid of Alabama (now United Cerebral Palsy) and served as its first president. He also helped establish the Institute for Christian Clergy to promote understanding and cooperation between Jewish and Christian leaders.