O'Carr's is a delicatessen chain owned by June and Cameron Carr. It was started as an ice-cream parlor in November 1975 at their original Homewood location at 2909 18th Street South.

In 2004 the Carrs began selling franchise rights for new locations. Attorney Lew Garrison opened the first franchise in Cahaba Heights and in 2010 opened a downtown cafe in the former Safari Cup location in the Title Building. He closed the downtown location before Christmas and began looking for a buyer.

The Carrs had been planning their own downtown cafe since about 2007 when they purchased two adjoining buildings at 214 18th Street North. In 2014 they announced that they were proceeding with those plans. In August 2015 they announced that construction would start by the end of the year, with Long & Long Design as the project architect. The Carrs now live in a loft on the third floor of the building. There is another loft on the second floor. The downtown restaurant opened February 13, 2017 and closed on March 29, 2019. 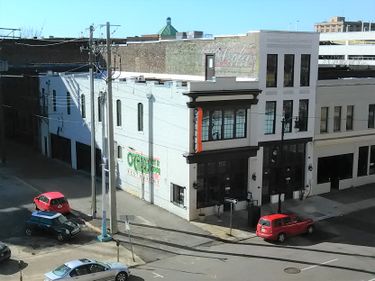