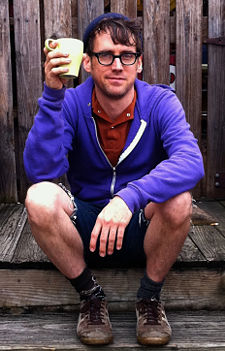 Wilm's paintings have been shown at Bare Hands Gallery, Crestwood Coffee and other venues, are regularly exhibited at Naked Art and ArtWalk, and have been featured as cover art on Black & White and Birmingham Weekly newspapers. His style combines pop art with elements of folk art, and has thus been labeled "folk-pop" [1]. His paintings are on display in various spots around Birmingham, including ROJO. Pop artist Andy Warhol and Montgomery folk artist Mose T are cited as infleunces. Wilm has been in various local bands, including Every Alice on Earth, Nowhere Squares and Fred and Daily. He has also directed music videos for the band Enon which have aired on MTV Europe.