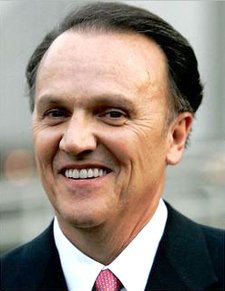 Richard Marin Scrushy (born 1952 in Selma) is the founder and former chairman and chief executive officer of the Birmingham-based physical rehabilitation healthcare giant HealthSouth. He left the company in the wake of a massive accounting fraud scandal and was eventually found personally responsible for $2.88 billion in losses to the company and its shareholders. He was also imprisoned in a separate criminal case involving bribery.

Scrushy was born the middle child of three born in Selma to Gerald and Grace Scrushy, a cash register salesman and nurse. Going by his middle name "Marin", he played in a garage band in high school and married young. With a wife and child, he dropped out of high school to take a job as a gas station attendant. With his second child on the way, he moved on to become a bricklayer. He lived in a trailer park, but was already putting on the trappings of class, serving wine and cheese instead of beer and popcorn to his guests.1.

Dissatisfied with his future as a bricklayer, Scrushy walked off the job and went back to school to earn his diploma and train as a respiratory technician, working nights at a local hospital to support his family. He attended Wallace State Community College in Hanceville, and Jefferson State Community College in Birmingham and continued his studies at UAB, where he graduated in 1974 with a degree in respiratory therapy. After graduation, he became and instructor at UAB and, later, director of the respiratory therapy program there and founder of a new one at Wallace Community College in Dothan. At this point he also underwent a personal transformation, using his first name, cutting his formerly long hair, filing for divorce and remarrying.

In 1979, Scrushy left academia to work for the Houston, Texas based Lifemark Corporation, where he worked his way up the ladder to "vice president of corporate development" and "vice president of Lifemark Shared Services". By 1980 the 28-year-old wonderkind was running three departments. Lifemark was sold in 1983 and Scrushy decided to move forward with an idea he had been working on for an outpatient rehabilitative services company.

With help from some friends and an initial investment of $50,000, Scrushy founded HealthSouth in Little Rock, Arkansas in 1984. Within two years HealthSouth had proven to be a successful business model. The company moved back to Birmingham and expanded to a chain of clinics with revenues of $20 million and Scrushy was ready to take the venture to the public. As CEO, he managed every aspect of the company personally and became known for his relentlessness and sometimes short temper. By 1992, HealthSouth was generating $400 million in revenue from 145 clinics and Scrushy turned his attentions to acquiring competitors and expanding his operations to include the physician practice management startup MedPartners, to which he appointed Larry House, one of his executives. Through acquisitiions, MedPartners became the largest PPM in the country and appeared on the Fortune 500. When House proved unable to hold onto the reigns of the company's explosive growth, Scrushy himself took over, but the freefall was too steep and Scrushy eventually folded the company. 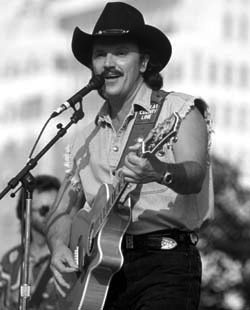 Scrushy with his band at City Stages 1995

Meanwhile HealthSouth was still very profitable. By 2000, the company dominated the rehabilitation services market and employed more than 50,000 people at 2,000 clinics in every state of the U.S and in the U.K. The company was beginning to expand into traditional in-patient hospital care in its home town of Birmingham, taking over the reigns of Lloyd Noland Hospital and starting construction of a $300 million "Digital Hospital" on Highway 280 near its new corporate campus.

In 2001 and 2002, Scrushy cashed in a large portion of his HealthSouth stock, including a $25 million sale the day after CFO William Massey committed suicide on revalations that he had been embezzling. A few weeks later the company adjusted its earnings expectations downward due to changes in Medicare reimbursements. Scrushy was removed from the CEO position for a few months during a period of precipitous declines in the company's value.

On March 18, 2003 the FBI raided HealthSouth headquarters and the Federal Department of Justice levelled charges of inflated earnings reports amounting to $2 billion from the mid 1990s. Many of the charged executives pleaded guilty to fraud and agreed to testify against Scrushy. He was indicted in November of that year, charged with 85 counts of fraud, money laundering, conspiracy, and making false statements. He was the first executive to be charged under the July 2003 Sarbanes-Oxley Act which put the reponsibility for accurate earnings reports on the shoulders of corporate CEOs. His assets were frozen and property siezed in a series of raids on his multiple residences. Scrushy was released on $10 million bail and fitted with an ankle bracelet. He maintained his innocence, saying that his underlings perpetrated the fraud without his knowledge or consent.

During the lead-up to the trial, HealthSouth's new executives washed their hands of Scrushy and cooperated fully with the Justice Department. Scrushy sued to keep his position on the board and have the company pay his legal expenses. He was answered by a countersuit demanding he pay back a loan he had taken from the company to purchase shares. That same year, Scrushy and his third wife, Leslie, became active members and contributors to the Guiding Light Church, headed by Jim Lowe. The Richard M. Scrushy Charitable Foundation provided more than $1.7 million to Guiding Light and other predominantly-black churches over two years' time. Lowe and other prominent pastors such as Herman Henderson attended Scrushy's trial as a show of support and to protest what they perceived as government mistreatment of the former CEO. The group was labeled an "Amen Corner" and was believed by some to represent a cynical attempt on Scrushy's part to influence jurors in his trial.

In 2005, after 21 days of jury deliberation, Scrushy was acquitted on all 36 counts of fraud and conspiracy. The Scrushys left Guiding Light to found their own ministry, called the Grace and Purpose Church. 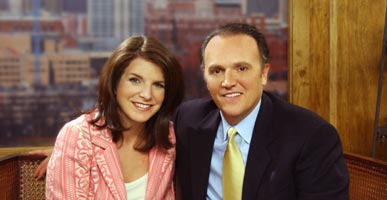 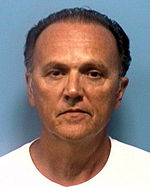 In June 2006, Scrushy was convicted on charges of bribery, conspiracy and fraud in connection with former governor Don Siegelman. The jury took 11 days to deliberate on a total of 62 charges. Two former Siegelman aides were also indicted, but found not guilty. Scrushy and Siegelman have both indicated that they plan to appeal the decision.

On June 28, 2007 Scrushy was sentenced to 82 months imprisonment followed by 36 months on probation. He was also fined $150,000 and ordered to pay $267,000 in restitution and to reimburse the cost of his incarceration. He was released into a halfway house in April 2012, given home confinement a month later, and fully released in July.

In June 2009 Scrushy was found liable for losses incurred by shareholders due to his role in fraudulently reporting HealthSouth's finances. Judge Allwin Horn wrote in his decision that "Scrushy was the C.E.O. of the fraud"2., and ordered him to pay $2.88 billion in damages. His collection of 19 automobiles was auctioned off by the Jefferson County Sheriff's Office on September 24.