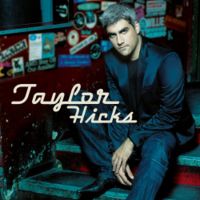 Taylor Reuben Hicks (born October 7, 1976 in Birmingham) is a singer/songwriter who became the champion on the fifth season of the FOX Network talent show American Idol.

Born in Birmingham, Hicks moved to Hoover after his parents divorce in 1982. He played Little League baseball and went on to play golf and basketball at Berry High School. He graduated in 1995 after the school was renamed Hoover High School. He attended both Auburn University and UAB. He had gained some fame in the state for his nightclub performances, and released two independent albums, In Your Time (1997) and Under the Radar (2005). Hicks also was heard on Tapestry, a radio program on WBHM in December 2005.

Hicks auditioned for American Idol in October 2005 in Las Vegas with the song "A Change is Gonna Come". Idol judges Randy Jackson and Paula Abdul were early fans of his quirky performance and humble manner, while Simon Cowell found his act grating. Despite Cowell's predictions, Hicks never ranked among the lower ranks of contestants. During the seson, his fans adopted the nickname the "Soul Patrol". Saturday Night Live cast member Jason Sudeikis debuted a Hicks impression that turned "Soul Patrol" into an all-purpose outburst.

On May 12, Idol producers brought Hicks to Birmingham for a weekend of promotional events: television interviews for the WBRC 6, a parade up 20th Street North with a mini-concert in Linn Park, another concert at the Riverchase Galleria, an evening appearance the the Birmingham Museum of Art, and a campaign appearance with Governor Bob Riley.

On May 24 Hicks was crowned American Idol champion, joining Ruben Studdard, also from Birmingham, as one of the only two male vocalists to have achieved that honor.

In performances after his season on American Idol, Hicks returned to a more bluesy sound and spent more time playing guitar and harmonica on stage as he toured around the country. His first post-Idol album, called Taylor Hicks went platinum. While touring in support of the album, he penned a memoir with collaborator David Wild, entitled Heart Full of Soul.

Hicks' chart-topping single "Do I Make You Proud" was parodied by "Weird Al" Yankovic as "Do I Creep You Out".

During the summer of 2007, Hicks was spotted in the frequent company of Milwaukee, Wisconsin news anchor Caroline Lyders.

In 2011, Hicks opened Ore Drink and Dine, a restaurant in Crestline Park. In October 2012, he closed Ore and reopened it as Saw's Juke Joint along with partners Mike Wilson and Doug Smith. Wilson originally opened Saw's BBQ in Homewood and partnered with Smith to open Saw's Soul Kitchen in Avondale.